An EU passport is a passport issued by one of the 27 member states of the European Union and allows you to travel visa-free between all EU countries, and to a large number of third-countries the EU has bilateral agreements with.

EU passport holder is a citizen of one of the 27 EU countries and has the right to live, work, study and retire in any of the EU member states.

How to get one

There are three common ways to acquire EU citizenship as a non-EU citizen.

In some countries being born within its boundaries is sufficient to acquire citizenship, most notably the United States of America. EU countries do not automatically and unconditionally grant citizenship to children born in their territories to foreign citizens. The most common condition for citizenship through birth is that the parents must have resided in the country for a certain period of time before the child was born.

You may be eligible for EU citizenship if you have parents, grandparents or great-grandparents that were from an EU country. EU countries that offer the most favourable route for citizenship by descent are Germany, Ireland, Italy Poland, Portugal, Latvia and Lithuania. Other EU countries allow it as well, but under more stringent conditions; individual circumstances are judged.

There is no common EU-wide law or procedure for citizenship by descent, each EU country has its own specific rules, application processes and required documentation.

If you legally reside in an EU country for an extended amount of time, you acquire rights. Most common reason for an extended stay in a foreign country is employment or retirement.

Conditions for citizenship through naturalization vary across EU countries. Some countries allow you to apply for citizenship directly after acquiring permanent residence, others you have to go through a rigid process of integration test years after acquiring permanent residence. Naturalization usually requires being able to prove a certain level of local language proficiency.

All EU Member States have incentives to attract foreign investment from non-EU nationals. Most have Citizenship by Investment (CbI) or Residency by Investment (RbI) programs (also known as "golden visas" and "golden passports"), providing access to residency or citizenship in exchange for investment. 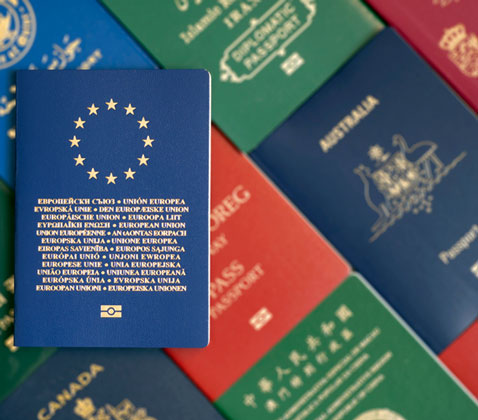